The historical palatial building dating back to the 17th Century, adjacent to the Bibliotheca which is a scheduled Grade 1 monument, has been converted into exclusive and luxurious suites and apartments each carrying a character of their own – designed to amalgamate rich history which modern luxury. This accommodation is within the Urban Conservation Area of Valletta, within the Area of High Landscape Value and also within the boundary of the World Heritage Site as listed by UNESCO, located right in the heart of the Capital City of Valletta. The U Collection Valletta provides a unique location for it’s discerning guests – the Palazzo is situated approximately 35 metres from the magnificent St. John’s Co-Cathedral, a gem of Baroque art and architecture, and approximately 50 metres from the Grand Master’s Palace, both of which are also scheduled Grade 1 monuments.
Its four individually-designed suites and apartments all overlook spectacular squares in Valletta, namely ‘Republic Square’ better known as Piazza Regina and St. George’s Square.

The guests are immediately submerged into Malta’s history as the street in itself is a symbol of Maltese heritage – it is the only street in Malta which has visual presence of the name given to the street during the French period in 1798, named as Rue de l- l’Egalité.
The historic figure of the Florentine Knight Giovanni Francesco Ricasoli resided in this street from 1668 up to his demise in 1673. The building which now bears the name U Collection Valletta was in fact previously owned by the Cotoner Foundation, a foundation set up by the Knights of Malta to protect the prestigious Maltese heritage. 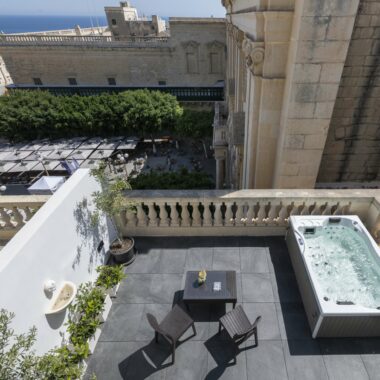 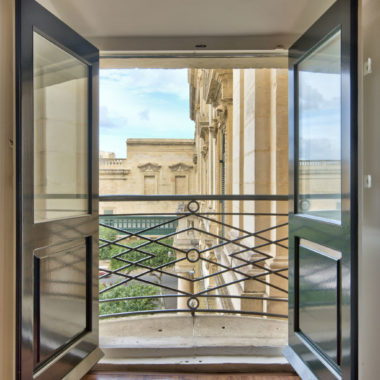 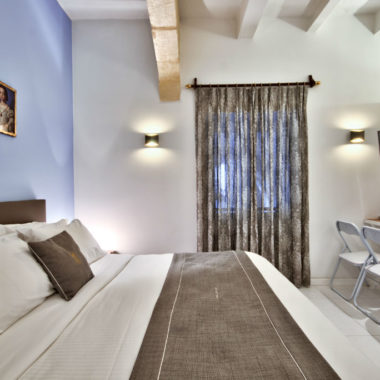